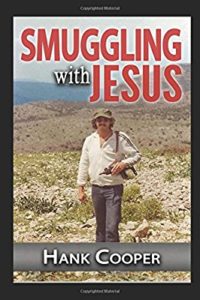 Smuggling Has Its Perks, if You Don’t Mind (Occasionally) Looking Down the Barrel of a Beretta

At one time or another, everyone has a really bad day.

You’re cut off in traffic by some cell phone yammering idiot and go spinning across two lanes of interstate traffic, landing upside down on the median.

Or you become a victim of identity theft and suddenly don’t have enough credit to buy a grilled cheese sandwich.

Or you have an invective-spewing, words-that-can-never-be-taken-back, argument with your boss.

Here’s a bad day for a drug smuggler:

I’m in the Florida Keys. It’s 3:00 in the morning, and I’m sitting in a van, third in line, ready to backup to a private boat dock to load up with bales of pot and then deliver it to a connection in Wisconsin. This is my first big-time experience with pot. I’m terrified, but if Albert Einstein is right and “the only source of knowledge is experience,” I figure I’m queuing up for a shitload of knowledge.

I watch as the first two trucks back into position and quickly leave after getting something thrown into their vehicles. Now, it’s my turn. I back in, and someone immediately opens the side door of my van and throws in what looks like a huge sack of ice. Ice? Are we smuggling to contraband Slurpee dealers? Once five vans are loaded, we’re told to head out, drive around for a while and come back, which I assume must be some kind of practice run.

The house is enormous, like a mansion, and is set way back at the end of a cul de sac, only accessed by entering through a gate with a large arch over it and then driving to the end of a long straight driveway. We start our vehicles and begin to head toward the arch, but get only 30 feet before gigantic bright lights blast down on us. A parade of at least a dozen law enforcement vehicles comes barreling down on us, like we’re part of a movie set. The first vehicles through are army jeeps with men hanging from them, all wearing fatigues and with grenades on their hips. Any minute I expect someone to bellow into a megaphone, “Cue the Marines!” It’s a regular smorgasbord of law enforcement groups – Florida State Patrol, local police forces and some guys in plain clothes – all trying to call the shots.

If time seems to slow down in a crisis, I am definitely in a crisis. As if in slow motion, these hyped-up lawmen now seem to glide all over the place, screaming through bullhorns that this is a drug bust and that everyone has to stay exactly where they are. No problem. I ain’t going anywhere. I stare dumbfounded as the guys in the vans ahead of me are pulled out of their vehicles and thrown to the ground by machine gun wielding cops. My turn next.

I hope they’ll be more considerate to a nice middle class Canadian Jewish boy like me.  But it seems these are equal opportunity jackboots. My door is flung open, and I’m jerked out by one arm and whipped up against the side of the van head first, with a vice-like grip on the back of my neck and an automatic weapon pressed against my back. “Do you have any guns, knives or bombs?” he asks. “No,” I reply. It turns out that this is a rhetorical question, because he checks anyway. When he doesn’t find guns, knives or bombs, he shoves me to the ground and says, “Stay right there and don’t move, or you’ll most likely be shot.”  Compelling argument. 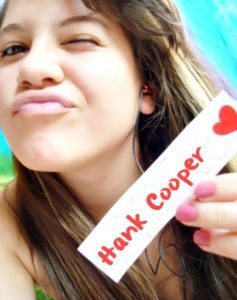 Whenever several different law enforcement agencies are involved at a crime scene, it can get very competitive, each of them vying for dominance. It can become a territorial thing, like dogs marking their territory by peeing. And we’re the territory they’re marking.

Usually the lawmen that have jurisdiction of the property associated with a crime have the lead role. In this case, it’s the local cops, led by a man who is, by far, the craziest of all the people I’ve known in the past two years. By comparison, he makes Officer Barbrady of South Park seem competent. He has his five-year-old boy with him on this major drug bust involving what was most likely assumed to be dangerous criminals (i.e. us). How screwed up is that?

He immediately begins screaming his guts out at us, calling us fucken damn scumbags plus every other vile words he could think of, seemingly to put on a show for his son. I wonder what language this poor kid was subjected to at home. He jams his gun to each of our heads, as he’s pacing back and forth, yelling that he will blow us away if we so much as scratch an itch.

Meanwhile, the men in plain clothes, DEA I figure, are huddled off to the side, furiously talking. Within moments, they tell Officer Barbrady that the vans are filled with nothing but ice, and there isn’t a trace of pot anywhere in the house, not even a rolling paper. He goes nuts, whipping his gun out and screaming at us all over again. Then, like a scene from the movie Deliverance, he thrusts his weapon into the hands of his five-year-old child and tells him to keep all of us scumbags, still sprawled on the ground, covered, and should we move, shoot us!

I’m 23 years old, living in Toronto. I’m visiting my ex-wife Brenda, who’s now living with her new boyfriend, David, a guy she describes as a cross between a teddy bear and Paul McCartney. After seeing the guy, I’m not sure who should feel more insulted – the Beatle or the stuffed animal. It’s probably just stupid jealousy on my part, because once I got to know him, I actually liked him. We’re best buddies to this day.

David’s family is rich and lives in a large, fancy house. All the local hoods who did the same drugs that he did took advantage of him, stealing from him and his mother as much as possible. Maybe he’d said something to them that he shouldn’t have, or perhaps what was about to happen on this day was just the luck of the draw. In any case, an hour after I arrive, unknown to any of us, three of the craziest and most violent of those hoods are outside on the porch, and, after guzzling down a large bottle of whiskey, kick in the door. 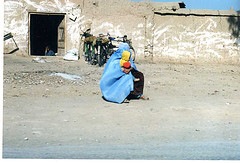 Back in 12th Century Europe, the use of surnames first became popular, and was often a way to identify what a father did for a living, like “Baker,” “Cook” or “Hunter.” That tradition is obviously alive and well because two of these three maniacs are the Pushey brothers, who make a habit of pushing people around for money. The third idiot is named Larry. The fact that this is also the name of one of the Three Stooges isn’t lost on me either.

The Pushey brothers and Larry are notorious for getting wildly drunk and then beating the shit out of all the rich kids with drugs in the neighborhood. I’m not sure who’s in charge of this little home invasion, but I assume it’s the Pushey brother with the knife to my throat, demanding cocaine. I realize I can probably give in and say, “Okay, I’ll give you some coke. Just don’t kill me.” Then they might just take the stuff and let us go. But the coke’s not mine to give. It belongs to my boss, Bernie, who’ll definitely be pissed if I give it up, and might even fire me. If that’s not being a model employee, I don’t know what is?

So I’m left with hoping the Pushey brother won’t actually slit my throat in front of so many people, even though Larry is yelling for him to do it. I just keep saying, as meekly as possible, that I don’t know what he’s talking about. I try to give him the impression that, if I knew where to find a large stash of cocaine, I’d surely give it to him.

I’m starting to lose my cool. Just as my knees are about to give way and I’m about to crack, lunatic Larry begins eyeing the latest model Zenith TV set that was Brenda and my wedding gift from her grandmother. Larry sneers, “Is that a rental TV?” Being lowlife hoods from the wrong side of the tracks, Larry and the Pushey brothers automatically assume it’s a rented TV.

“No,” says Brenda. “My Bubbie bought it for me.” This is all these maniacs need to hear. They’d been stealing from Jews long enough to know that the term “Bubbie” means a Jewish grandmother. So the TV was ripe for the picking. In the blink of an eye, the Pushey brother’s knife comes away from the side of my neck, and he shoves me aside. Like punks with Attention Deficit Disorder, their attention is suddenly diverted to grabbing the TV and taking it out to their car, forgetting all about the cocaine. They return long enough for the obligatory warning not to call the cops or, of course, they’ll kill us. We assure them that’s the last thing we’d ever do, and they leave.

Another bad day come and gone.

But smuggling wasn’t all bad days. If it were, I wouldn’t have lasted for over fifteen years. Over that time, I traveled all over the world, to some of the most exotic hidden places on earth as well as to some of the most primitive. I was a friend and associate of one of the most fascinating people I’ve ever known. I met rock stars and celebrities. I’ve had adrenaline rushes that lasted for days. And best of all, I’ve lived to tell about it. The upshot? – I’ve had amazing experiences and enjoyed incredible luck in one of the most dangerous professions out there.

Sometimes I think it was almost as if some invisible benefactor were traveling beside me, watching over me, keeping me safe. Like providence. Or a guardian angel. Or maybe even Jesus. 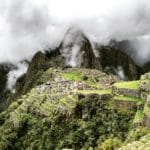 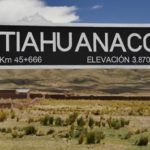 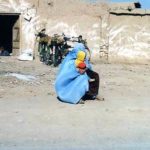 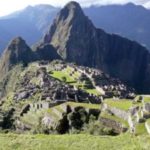 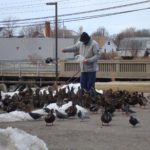 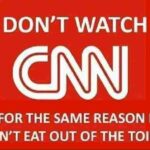 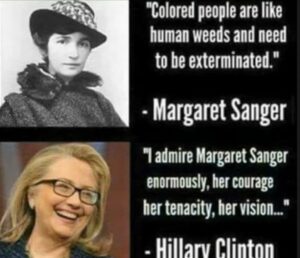 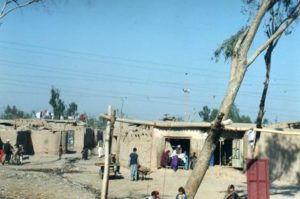